Providing commercial accommodation that will activate the ground floor frontages with a number of flexible uses (retail, cafe, restaurant, fitness/health and wellbeing)

Improving the public realm around the site, particularly on the corner of Long Acre and Endell Street 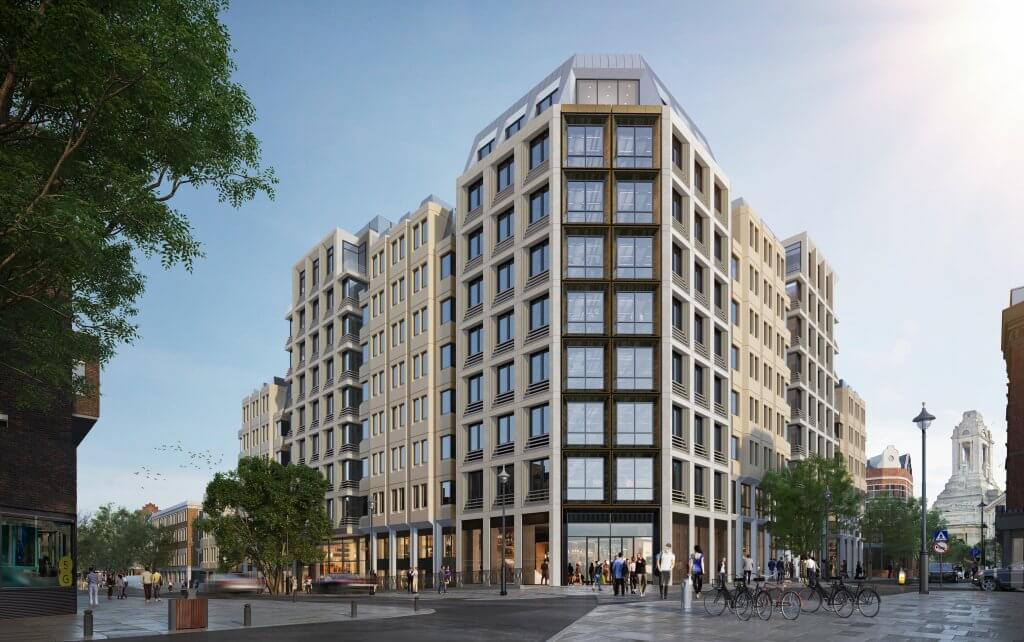 The building sits on a prominent location within the Covent Garden area. Since the 1850s the site has accommodated large-scale buildings of significant interest, including the 4,000 seat Queen’s Theatre. In 1911 the Queen’s Theatre was bought for use by the Odhams Press and the façade was retained until 1938.

In the 1970s, the site was briefly a Japanese community garden following the demolition of Odham’s Press, with the existing office building designed by R Seifert and Partners in a post-modern / brutalist style and was constructed between 1979-81 for a single financial institution.